The International Association for Danube Research, or IAD, is the oldest NGO of an active network of scientists in the Danube River Basin of Europe (Fig.1).

The board of the IAD is composed of the president, vice-president and general secretary, forming the presidium, and currently 12 representatives of member countries. Since 2017 Cristina Sandu is the president and Thomas Hein from BOKU Wien and Wassercluster Lunz the vice-president. Since 2018 Katrin Teubner (PD) from Universität Wien is the general secretary. The names of the country representatives and the expert group leaders can be found at the homepage of the IAD (see current structure). 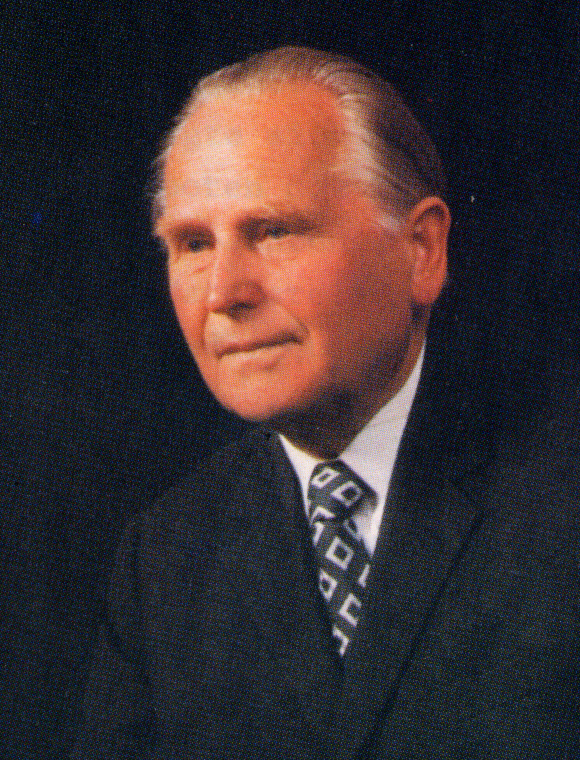 The IAD was founded by Reinhard Liepolt (Hydrobiologist, Diplom-Engineer, Univ-Prof. Hofrat, 1906-1996, Fig.2; Liepolt's biography in Kohl and Humpesch 1986) in Vienna (Austria) in 1956 under the auspices of the International Society of Limnology (SIL, limnology.org). Since 2003 it is a registered association (Verein) under Austrian law. In 2010, IAD terminated the affiliation to SIL. It was Liepolt’s wish to join people concerned with the Danube River from the source in Germany to the mouth in Romania. He invited scientific national representatives from all countries of the Danube Region for collaboration. In case of Eastern Europe, he sent official invitation letters to those colleagues who lived "behind the iron curtain". Thanks to him a face-to-face collaboration has been initiated on the various aspects of ecology and river use of the Danube. In a more recent branch of IAD in Austria, the "Österreichisches Komitee Donauforschung" (ÖK-IAD, www.oen-iad.org), scientists with outstanding research related to the Danube Basin in Austria are awarded with the “Liepolt-Preis”.

About 60 Years ago, it seemed a "curiosity that the largest Central European river, the Danube, had found relatively little limnological interest so far". This statement came from Reinhard Liepolt in 1961, a few years after he had founded IAD, and refers to the lack of knowledge about this riverine ecosystem, facing the challenge of cooperation between the numerous Danube countries, which belonged to two political systems spatially separated by the Iron Curtain at that time (Liepolt 1961). The major achievement in the first decade of IAD was the monograph “Limnologie der Donau” (Limnology of the Danube), edited by Liepolt and published by E. Schweizerbart’sche Verlagsbuchhandlung (Nägele & Obermiller) Stuttgart in 1967 (Liepolt 1967). In the same year, the Commission for Hydrology of the Romanian Academy published the monography “Limnology of the Romanian sector of the Danube” (AcRepSocRomania, C d Hidrologie 1967). The Institute of Zoology with the Bulgarian Academy of Sciences (BAS) published in 1978 the book “Limnology of the Bulgarian sector of the Danube River” (“Limnologie des bulgarischen Donauabschnitts”) edited by Prof. Boris Russev and Prof. Wesselin Naidenow (Russev and Naidenow 1978), and in 1994 – the book “Limnology of the Bulgarian Danube Tributaries” (“Limnologie der bulgarischen Donauzuflϋsse”) edited by Prof. Boris Russev (Russev 1994). In 1986, S. Godeanu and V. Popescu-Marinescu released the bibliography “Limnologie der Donau” (Limnology of the Danube, Godeanu and Popescu-Marinescu 1986). Unfortunately, a new monograph could not be realized, but a short update was provided as the Danube chapter in the book “Rivers of Europe” (Elsevier), edited by K. Tockner, C.T. Robinson and U. Uehlinger (Tockner et al. 2009). Other specific IAD publications encompass the four volumes of the book series “Ergebnisse der Donauforschung” (Results of Danube Research) about water quality and plankton/benthos, quoted in Vol.1: IAD 1990, Vol.2: Weber 1993, Vol.3: Schmid 1994 and Vol.4: Kusel-Fetzmann et al. 1998. In 2003, G.A. Janauer et al. edited a special volume of Arch Hydrobiol, Suppl. Large Rivers about “Macrophyte inventory of the River Danube: a pilot study” (Janauer et al. 2003). The Danube water quality maps by R. Schmid in 1995 and 2002, based on benthos investigations, were the predecessor of ICPDR water pollution policy. 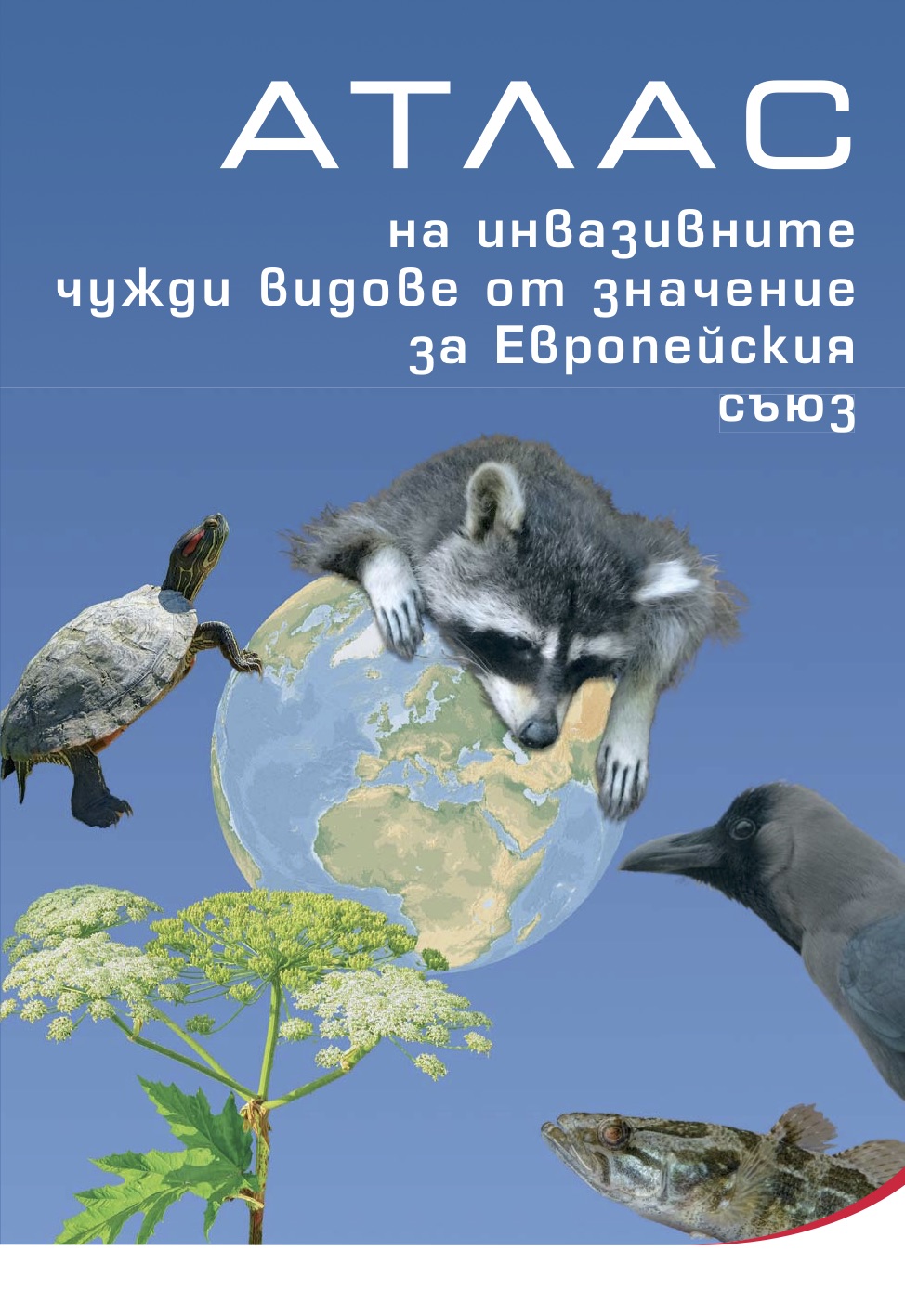 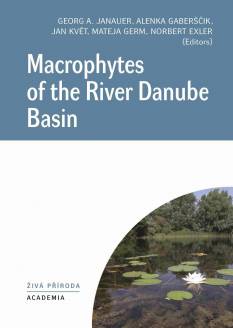 After the big political changes in 1989/1990 the IAD had to adapt its scientific strategy. The decadal programs and Danube ship surveys were abandoned, and the political water management issues were taken by the emerging ICPDR. In 2001, the following IAD research topics were selected as highest priority: Sturgeon Conservation (see below) , Macrophytes as Bioindicators, Microbial Ecology, Danube Water Quality mapping/GIS, and Ecotoxicology (Biomonitoring). In the following years, new priority areas were added, such as Hydromorphology (floodplain ecology) and the potential threat of Invasive Species to biodiversity. Accordingly, IAD representatives and IAD members contributed to books or other key publications by concerning these recent issues: 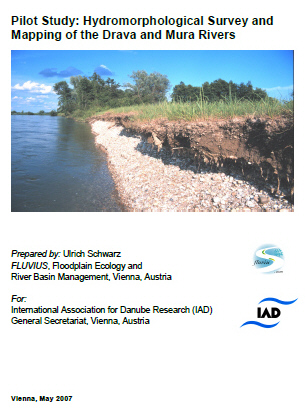 Fig.6: Pilot-Study Drava Mura,
2015, one of the projects
financially supported by IAD

The association is active in promoting ideas exchange and mobility between scientists to foster cooperation and knowledge transfer. In terms of scientific issues, since the 1950s major water management and environmental issues have been key priorities on the agenda of IAD, and science-based solutions are discussed and proposed. Based on a Danube river basin management plan provided by the ICPDR, IAD established to be a strong science based partner in different critical issues at river basin scale, such as sustainable development of navigation using the large rivers as waterways across Europe, future development of hydropower and functional fish passes to ensure the river continuum, flood protection and floodplain ecology, species conservation & biodiversity and its potential threats by invasive species and various forms of water pollution (e.g. nutrients, organic and toxic substances), and new model approaches for sustainable management solutions in multiple used aquatic environments. Detailed reports and joint statements can be found on the IAD homepage (see e.g. Schwarz 2007, Fig.6; other documents at research -> reports; for resolutions see IAD-resolution 2012, IAD-resolution 2014 and IAD-resolution 2016. IAD members have been participating in the discussion and development of the “Guiding principles on sustainable hydropower development in the Danube Basin” and made major contributions related to the classification of sensitive ecological areas. 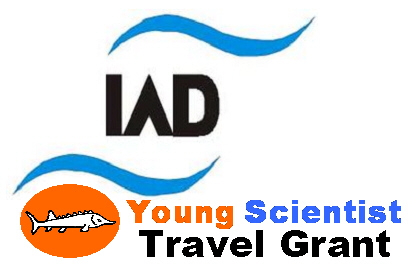 IAD is involved in a number of EU and its "EU Strategy for the Danube Region (EUSDR)" project initiatives (www.danube-region.eu), alternative see also at IAD website about Eusdr Flagship Projects. IAD members are further active in the Danube Sturgeon Task Force (www.dstf.eu, see also Sturgeon 2020 by C. Sandu, R. Reinartz and J. Bloesch (eds). The DSTF aims to coordinate and foster the conservation of native sturgeon species in the Danube River Basin and the adjacent Black Sea by the implementation of the Sturgeon Action Plan adopted under the Bern Convention in 2005 (Sturgeon Action Plan 2005">Sturgeon Action Plan, by J. Bloesch et al (eds), alternative see also Danube Sturgeon Task Force). IAD participates at the basin wide Danube Day, on 29 June, organized by ICPDR since 2004. In 2014, the IAD members initiated the establishment of another Task Force of Priority Area 06 of the EUSDR – the Danube River Invasive Alien Species Network (DIAS). Since then IAD supports DIAS and participates actively in its activities, including the development of the Danube Region Invasive Alien Species Strategy (ESENIAS). 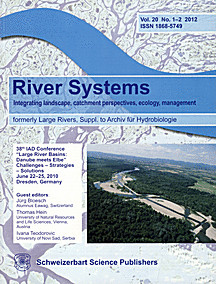 Every second year an international IAD Conference is organized. A full list of conferences can be found at the IAD homepage conferences. For many years, IAD supports young scientists to cover the travel costs of IAD conferences and of other IAD-related conferences or the travel expenses for scientific exchange and meetings. (IAD Young Scientist Travel Grant, IAD-YSTR, Fig.7). Special issues about the IAD conference of the 50th Anniversary in Vienna-Klosterneuburg 2006 and the 38th IAD conference in Dresden 2010 were published in the international journal River Systems (Fig.8). The Conference Proceedings and IAD books are hosted by, and can be gathered at the Academic Library of Biology at the Universität Wien (Fachbereichsbibliothek Biologie; see also instruction for using the IAD library).

IAD-Resolution (2014): Resolution of the 40th IAD conference “The Danube and the Black Sea” in Sofia, Bulgaria.

IAD-Resolution(2016): Resolution of the 41st IAD conference “Tributaries as Key Elements in Sustainable Management of the Danube River Basin” in Sibiu, Romania.